Skip to content
Brendan Adams: A Philanthropist Planning for His Future Impact

Brendan Adam’s great Uncle’s ranch struck oil overnight. That stroke of luck led him to found The Guadalupe and Lilia Martinez Foundation. Based in Texas, the foundation’s mission is to help residents of “Webb and Zapata counties to achieve successful lives and to improve the overall environment in those communities.” 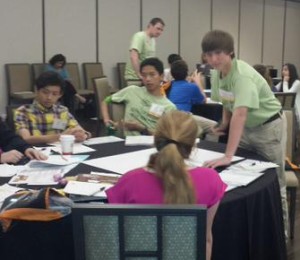 Adams, a freshman at Allen High School in Allen, Texas and a two-year member of Youth Philanthropy Connect’s Leadership Team, is one of the two members of the Foundation’s Junior Board, along with his younger cousin. The two just recently dove into the philanthropic field with their first collaborative grant. Adams had a hand in grant-making before through YPC’s Leadership Team, but found himself in a teaching position while working with someone new to the field. “I basically taught her and helped her out, and gave her some skills in how to fund and what to look for in funding,” Adams said. 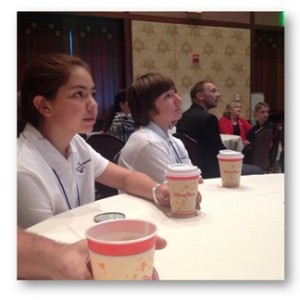 The pair decided to split the allotted $1,000 between several organizations with an array of causes ranging from animal abuse to suicide prevention. On a personal level, Adams is most passionate about children’s rights. “Once I get deeper into my organization and have a bigger role in it,” he said, “[child abuse] is really what I want to kind of focus on and fund more because I think that every kid should have equal rights in their life, and I want to help them out with that and fund them more, so that they can.”

Adams has been on the Junior Board for the same amount of time that he’s been a member of YPC’s Leadership Team, for it was the 2014 conference in Anaheim, CA that hooked him into YPC’s network. Now in his second year, Adams said he can really appreciate the joy and fulfillment that this philanthropic work gives him, especially his work on the 2015 regional conferences and on the 2016 YPC Conference Planning Team.

As for the future, Brendan can see himself following a career in nonprofit or philanthropic work. “Since I’m starting at such a young age and I’m getting as much experience as I can, I can totally see it being something that I do in the future,” he said.