Skip to content
Meet Emma Tregellas: One of the Leadership Team’s Newest Members

Emma Tregellas did not know what to expect when she joined YPC’s Leadership Team in September. “But I’ve ended up loving it,” she said.

Tregellas is a junior at St. Luke’s School and has been involved with the New Canaan Community Foundation’s Young Philanthropists Program for the past year. 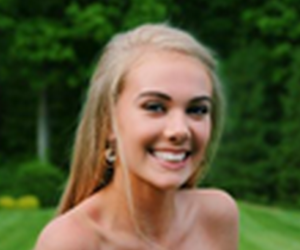 The structure of the Foundation’s youth program, Tregellas explained, is based on its monthly meetings. During which, the members meet with nonprofits applying for grants. After activities designed to get each party to get to know each other, the foundation members narrow down which nonprofit they’d like their grants to go to.

Last year, Tregellas and her peers elected to grant their money to educational advancements for 7th to 12th graders. “We learned a lot about how education can prevent people from going to prison and how it affects a life later on.”

The decision was a very conscious choice made by the young philanthropists, Tregellas noted. She said that they put the money toward education “not necessarily just because of the nonprofit organizations that came to talk to us. Some of them were about education, but most of them weren’t. It’s really what the group wants, what their interested in, and what they want to help.”

The freedom and power to make important decisions such as this one is what appealed most to Tregellas about the YPC Leadership Team. “One thing I especially liked is how the Team really has a say. They make sure the students from all around the country, have a say in the final decisions, which is really cool,” she said.

Lately, this youth philanthropist has found a cause of her own that she’s passionate about. “I’ve been working a lot with homeless shelters and underprivileged families,” she said. “Over the summer I went to D.C. and just saw how many people were really affected by homelessness, so helping people in my community directly can only make the issue better.” 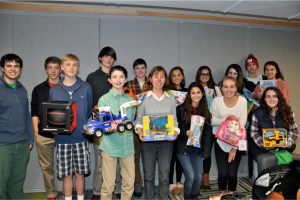 Before the New Canaan Community Foundation, Tregellas didn’t know what a grant was, let alone anything about the grantmaking process. Learning that process before joining YPC’s network, she said, definitely helped her ease into being a strong Leadership Team member.

What’s in the future for Tregellas? She isn’t sure. She could, however, speak to one thing with certainty: “I’ll definitely always try to give back, no matter where I go in life.”