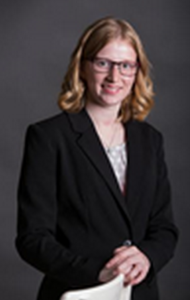 Those were the conditions Isabel Cluver Dawson, a senior at University High School and Youth Philanthropy Connect Leadership Team member, faced as a founding member of her community’s chapter of Youth Engaged in Philanthropy (YEP) during her sophomore year of high school. “We made our own grant application, our own membership application—we made everything,” Dawson said.

YEP is a youth program that teaches 20 to 25 high school students about philanthropic work and engages them in the local community foundation—in Dawson’s case, the Illinois Prairie Community Foundation.

“After we had 100 percent of YEP members donate, we made a list of community foundation supporters, and other supporters from the community who we thought would be a good fit,” Dawson said. “We chatted with them and explained our program and how they could support us. And that’s basically how we raised all that money.”

“We made our own grant application, our own membership application—we made everything.”

Dawson is in the middle of her third year involved with YEP, a role from which she will depart upon graduating high school. Yet while she’s in the fourth quarter of her time on YEP, she’s not done with philanthropy. She has her next few steps already mapped out: “Degree-wise, I’m looking into going into the right combination of business, English, and theatre. I really want to go into philanthropy for the arts.” Dawson’s passion for the arts comes from personal experience in theatre—having acted, directed, stage-managed, and done “everything imaginable” both on and behind the stage. In addition to a colorful theatre career, Dawson has been a girl scout for 11 years and has achieved both a silver and gold metal, and she volunteers at her local hospital every week.

To get her gold metal for girl scouts, Dawson duplicated an a 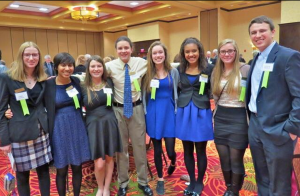 ctivity in her small town that she had experienced at a philanthropy conference in Michigan—the same conference at which she was first introduced to YPC. The activity is called Open Space, and its goal is to facilitate open conversations among youths by allowing the participants to separate themselves into rooms assigned different topics and talk about whatever they want, for however long they want. Dawson’s event involved similar youth-driven conversations, as well as local professors’ talks on topics ranging from immigration to women’s rights.

As a first-year member of YPC’s Leadership Team, Dawson is mostly struck by the make-up of the team’s members. “YPC is definitely special and unique in the fact that it is so diverse with our different philanthropic backgrounds and where we come from,” she said. “And I think it’s really impressive how many different opinions and ideas we can circulate in such a small amount of time from around the U.S.”

Even though she’ll graduate high school this spring, Dawson is not done participating in YPC’s Leadership Team. Her passion lies in making sure everyone has a voice—“I’m really for speaking, and learning how to speak, and how to share your ideas, and learning how to research and have an opinion,” she said. While her list of accomplishments and credentials are impressive in both length and content, she’s made one thing clear: Isabel Cluver Dawson is just getting started.