Jill Wu was jokingly asked, “Does youth philanthropy take over your life sometimes?”

To which she seriously answered, “Umm … just a little bit, yeah.”

The Lick Wilmerding High School senior is not only a second-year member of YPC’s Leadership Team, but also serves on the Youth Commission in San Francisco and is a pioneering member of B.L.I.N.G.(Building Leaders in Innovative New Giving)—a new youth philanthropy group in San Francisco. 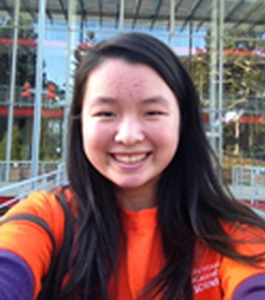 Wu was encouraged to apply to B.L.I.N.G. by the Youth Commissioner Coordinator at the time, she said. She started in the program her sophomore year of high school, and, it being B.L.I.N.G.’s first year of existence, Wu said that during that semester her team spent “a lot more time learning than we did doing.”

As B.L.I.N.G.’s program officer, she sometimes works closely with YFYI (Youth Funding Youth Ideas), another youth philanthropy group in San Francisco. “They’ve been around a lot longer than we have. B.L.I.N.G. is sort of like the baby of the three youth philanthropy groups in San Francisco. And they [YFYI] have a lot of knowledge and a lot of stuff that I learned from them, especially in facilitating social justice activities.”

Through her philanthropic work with both B.L.I.N.G. and the Youth Commissioner, Wu has been able to bring a level of expertise in areas of social justice to YPC’s Leadership Team. One issue that her work in the Bay Area has centered mostly on, she said, is youth-police relations. Wu worked with a league called Project WHAT (We’re Here And Talking)—a group of youths with incarcerated parents. The group worked on lowering the independent visiting age, allowing 16- and 17-year-olds to visit their incarcerated parents. The group’s work also touched upon police brutality, facilitating workshop and spreading awareness about the many issues associated with it.

As for the future, Wu wishes to major in politics and engineering in college. She described it as “Sort of combining public policy and technology together into this mix-mash of what I want to do with my life.”

What social justice issue would Wu tackle with this unique education? She’s expressed interest in, well, all of them. “There are a lot of social justice issues that are pretty prevalent—not all around the country, but all around the world. Definitely addressing things regarding race, regarding gender, sexism, and the overlap between race and gender.”

While she does have plans for the future, Wu hasn’t disregarded the opportunities that her current field of work has allowed her to accomplish: “I can see myself working with philanthropy, especially youth philanthropy—which is really important, and not quite big enough yet.”