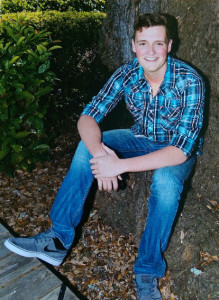 Such was the conversation that Luke Sturtz, Leadership Team member and student at Churubusco High School in Northeast Indiana, had with the Dekko Foundation when he was in eighth grade. His knowledge of philanthropy has certainly grown since.

With five years of experience under his belt, Sturtz is now arguably a seasoned youth philanthropist. He owes all of his knowledge of the field, he said, to the Dekko Foundation. “It’s much more than just giving your money—it’s about giving your time, and giving your talents. The Dekko Foundation has enabled me, empowered me, and taught me to be able to do just that.”

The goal of HANDS, according to Sturtz, is to improve the quality of life of the citizens of Whitney County through advances in literacy and technology, and is composed of 15 eighth to 12th graders from the different schools in the county.

Through the Dekko Foundation, Luke attended YPC’s National Conference in Anaheim, Calif. in 2013 and has been a member of the Leadership Team ever since. He appreciates the wider lens that YPC gives him in his approach to giving. “In a lot of ways, my work with Dekko is very much in the Midwest,” he said, “and I only understood the problems of my local community and what was going on over here. But with working with YPC, I get a much better understanding of what philanthropy means on a much larger scale, on a national scale—the problems that communities were facing, from Seattle to New York to Texas to Boston.” 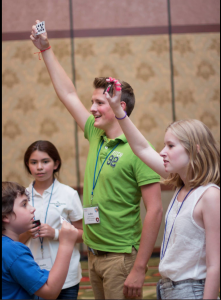 What Sturtz finds essential in getting started in the philanthropic field is networking. “My biggest advice is to take advantage of every opportunity to meet someone new that you can,” he said.  “It’s not very often that you get to meet new people and create relationships with people who live in a different area than you do, who see different things on a different basis …. Just take advantage of these opportunities whether it’s conferences, whether it’s on the Leadership Team, whatever that is—step out of your comfort zone.”

This past October in Seattle, on YPC’s last stop of its year-long road trip around the country, Sturtz debuted roleplay—an interactive tool developed by YPC and 21/64 that allows participants in group settings to not only get to know each other, but to get to know themselves a bit better as well.

“I felt like it’s a great way,” he said, “within any team, even outside of philanthropy, whether it’s just a job, whether its a sports team, whatever it is, it’s a way to facilitate discussion, and to realize, you know, a lot of times, people don’t want to come to terms with, or times they just don’t even know, their flaws.”

Sturtz feels as if roleplay is a great opportunity to understand “not only who you are, but who you want to be, as a funder, as a community servant, as a philanthropist.”