YPC started out as a simple idea: the meeting of philanthropically minded youth together to learn from and connect with each other. The Frieda C. Fox Family Foundation involved the family’s children in the foundation from the start and created a formal junior or ‘next gen board’ in 2006. In the years that followed, its junior board presented at an Exponent Philanthropy conference and on a Council on Foundations webinar, which resulted in a national presence prompting collaboration with other foundations who had similar practices involving youth ages 8-21 in the work of foundations and family philanthropy. In 2011, thirty-five youth from four foundations (the Frieda C. Fox Family Foundation, Gaines-Jones Education Foundation, Lumpkin Family Foundation, and the Tarsadia Foundation) came together and created the environment and relationships that led us to where we are today.

Because of the tremendous enthusiasm and potential for growth from that first meeting, the second year’s retreat became a full-fledged conference, attracting more family foundations and national nonprofit organizations. It featured multiple concurrent sessions taught by experts, keynotes, a giving circle, and team building exercises. In addition, board members, staff, and youth boards from eight Southern California based nonprofit organizations were invited for a one-day educational program, where they learned side by side with their foundation counterparts. YPC’s Giving Circle awarded $2,000 in mini-grants to support the youth board projects of four of those nonprofit organizations.

For the past five years, Youth Philanthropy Connect has hosted an annual conference modeled on professional philanthropy conferences geared toward youth philanthropists. It is designed as professional development and peer networking for youth, with additional programming for the trustees, parents and staff who work with them. Adult advisors and staff have empowered the youth to organize and build the conference.

In 2015, YPC partnered with youth philanthropy advocates across the U.S. to host five, day-long regional events in the Northeast, Northwest, Southeast, Southwest, and Midwest in lieu of our national conference.  Each one of these gatherings was a blast! They provided YPC a way to connect with existing youth philanthropy audiences, expand youth grant-making educational programming, and grow our network of youth philanthropists. 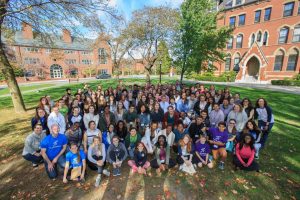 2017 Northeast Youth Philanthropy Gathering in Greater Boston:  On October 22, 2017, YPC, in partnership with The Sillerman Center for the Advancement of Philanthropy, hosted a convening that attracted nearly 200 attendees from twenty different organizations! Youth and adults were able to come together to learn from each other and from experts in the field. Check out the full program and schedule here! 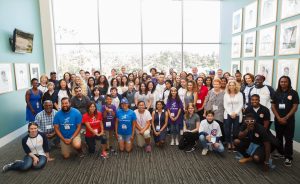 2017 SoCal Youth & Next Gen Philanthropy Gathering in Los Angeles, CA:  On April 23, 2017, YPC, along with the California Community Foundation, the Jewish Community Foundation of Los Angeles, and Southern California Grantmakers, hosted a convening that attracted nearly 100 attendees across California! Youth, next gen members, and adult supports came together to learn from each other and from experts in the field. Check out the full program, schedule, and Giving Circle results here! 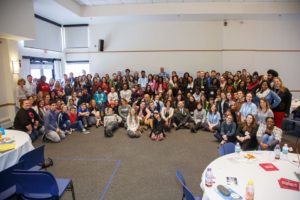 2016 Northeast Youth Philanthropy Gathering in Greater Boston:  On November 20, 2016, YPC, in partnership with The Sillerman Center for the Advancement of Philanthropy, hosted a convening that attracted nearly 200 attendees from twenty different organizations! Youth and adults were able to come together to learn from each other and from experts in the field. Check out the full program and schedule here! 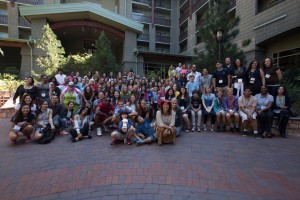 The YPC 2016 International Conference: In July 2016, YPC hosted its 2016 international conference, titled Building Tomorrow Together, The Future of Youth Philanthropy. The conference was hosted at Disneyland in Anaheim, CA and had nearly 180 attendees. There was the YPC Giving circle, breakout sessions led by youth and adults across the country, and service projects!

Check out the entire schedule and program here. 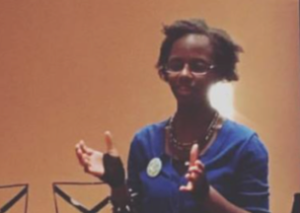 2016 Local Gathering in Minneapolis, MN: In May of 2016, active grantmakers from the Grantmakers for Effective Organizations network and local youth philanthropists gathered in Minneapolis, MN to learn more about examples of collaboration from families, nonprofits, and foundations. YPC facilitated a session that allowed youth to share models of effective ways to lift up the next generation of givers and engage in participatory grant making!

Check out the pages for each region to learn more: Southwest, Southeast, Northeast, Midwest, Northwest, and Northeast.   Thank you to Foundant Technologies for sponsoring our matching grants for the Giving Circle across the road trip! 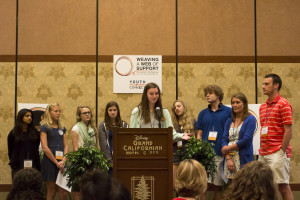 YPC’s 4th annual conference in 2014, titled “Weaving A Web of Support,” featured a Models of Youth Philanthropy Seminar, high energy fast paced meet & greet sessions for youth and adults, a Giving Circle in which $3,500 in grant funds were given to support nonprofit youth boards, a panel of young change-makers, a Learning Lab sequence, and special opportunities developed by our 2014 partners. Download the 2014 conference program book here!

YPC’s 2014 Boston Regional Gathering:  On May 10, 2014, we partnered with the National Center for Family Philanthropy and The Boston Foundation for a Gathering on Youth Philanthropy in Boston following the Family Forum. Over twelve foundations and 40 attendees, including youth and adults, came together to learn about Boston’s youth philanthropy work, as well as to meet one another, share models of youth philanthropy, and explore effective national practices for engaging youth in philanthropy. We were pleased to highlight the work of several Massachusetts-based youth philanthropy programs at this special event! Download the full agenda and flier here! 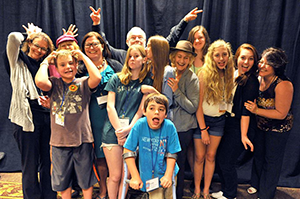 The 2013 Conference “Unleashing the Potential of Youth Philanthropy” provided a unique learning environment where youth attended five sets of concurrent sessions presented by experts in various fields from across the country, heard from two nationally renowned keynote speakers, developed their own personal mission statements, networked with peers and professionals, and participated in the 2nd Annual YPC “Giving Circle”. Download the 2013 conference program book here! 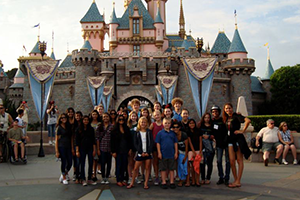 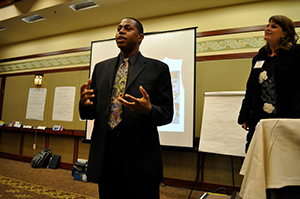 YPC’s inaugural conference in 2011 successfully inspired many family foundations and nonprofits to develop and take their junior board to the next level, and new friendships, memories, and partnerships were forged. Thank you to our visionary sponsors and participants!